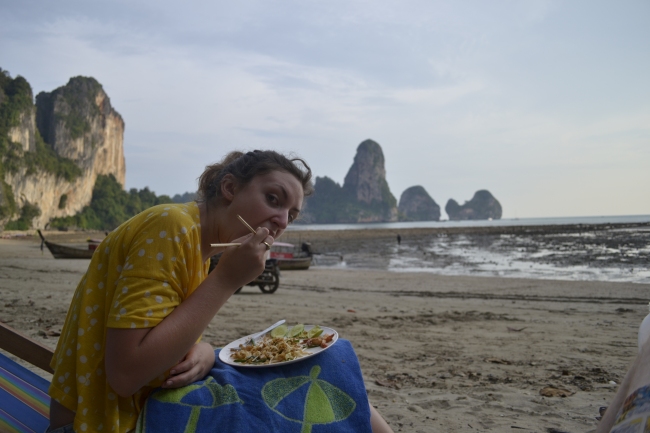 Dinner with a view – Ton Sai

On 13th December we returned to the mainland – sort of. We were on a peninsular that you can only reach by boat, called Laem Phra Nang. It has a series of beaches that you can trek between, but the easiest way to get between them is a long boat taxi or by renting a kayak. We stayed three nights in Ton Sai, which is a hippy paradise! The rock climbing is great, so you get a lot of people who come just for that, and we saw some people base-jumping too – it looked terrifying! They were really high up, but it just didn’t seem high enough to get a parachute up; there were no casualties, thankfully. 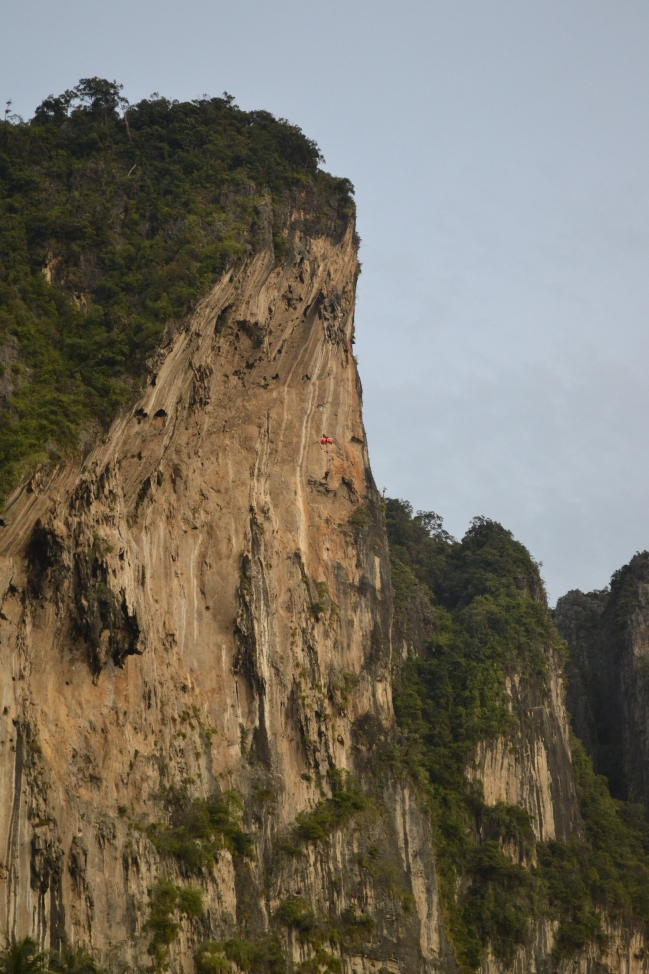 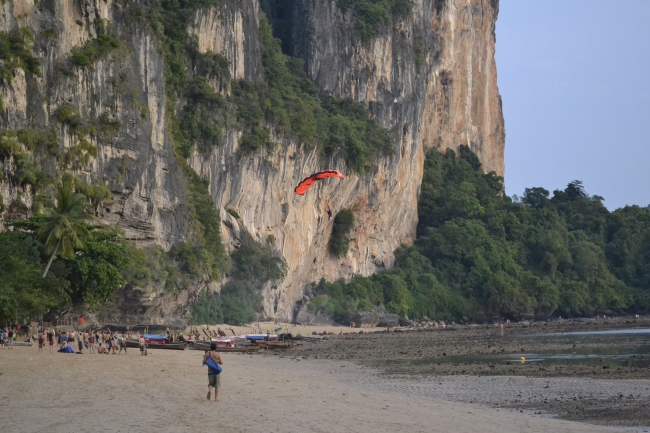 … and touching back down to earth, with a bit of an audience.

Other things to do on Ton Sai are listening to reggae music, drink and learn circus tricks! There are tight ropes everywhere, and opportunities to learn fire tricks like poi and fire breathing. I took three steps on a tightrope!

We saw a great fire show, but we thought that one of the guys could do with a bit more practice with the fire poi because he kept dropping them and hitting himself … 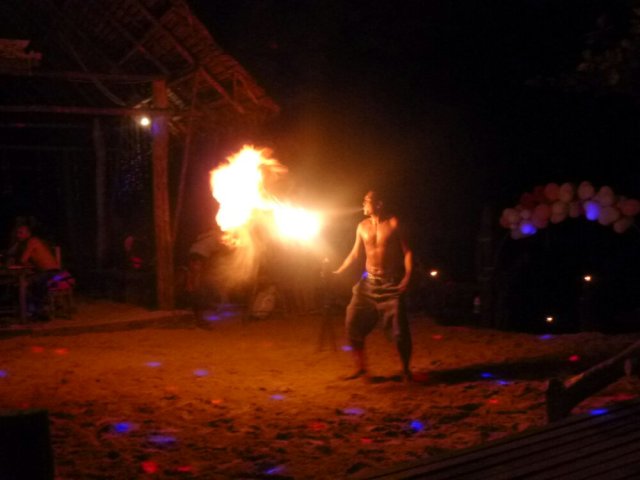 We stayed in another hut on Ton Sai, but it was so lovely. We were up the hill in a resort called Pasook resort, which was clean, mostly bug free, sturdy and included a fully hole-free mosquito net! They also have a small shop where you can buy these mosquito incense spirals, which are really useful but definitely not a replacement for your mosquito repellent! The huts are kind of in the jungle though, so beware monkey invasions. They come and raid the bins on the verandas, and took a big bag of crisps and a bottle of coke (!) that I had left outside. 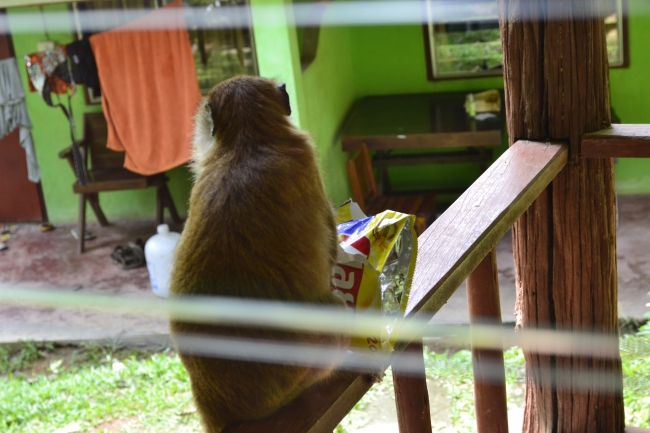 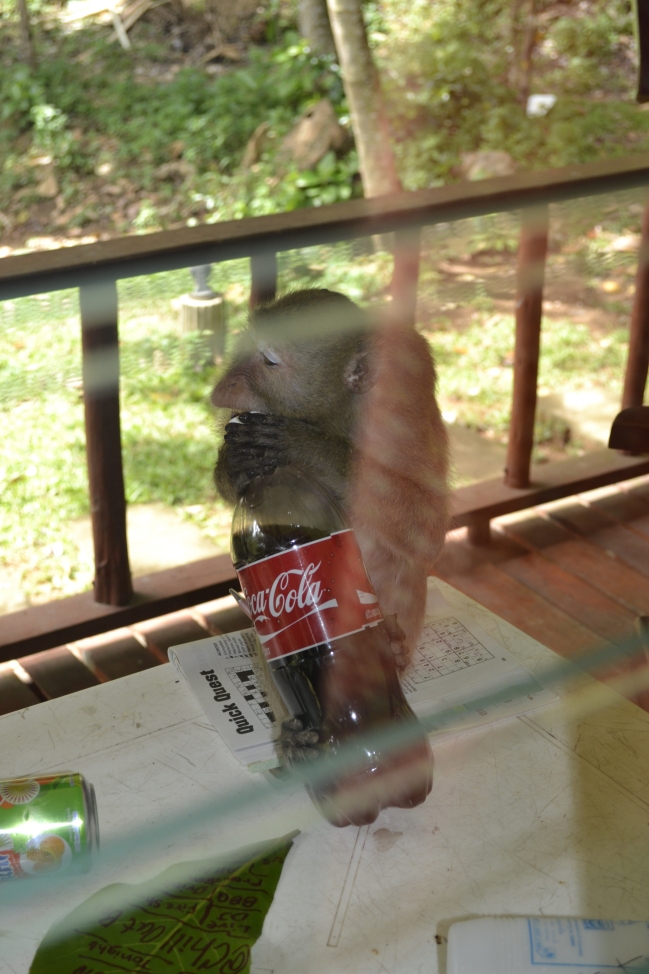 … but surely she can’t get into a closed bottle of soda?? 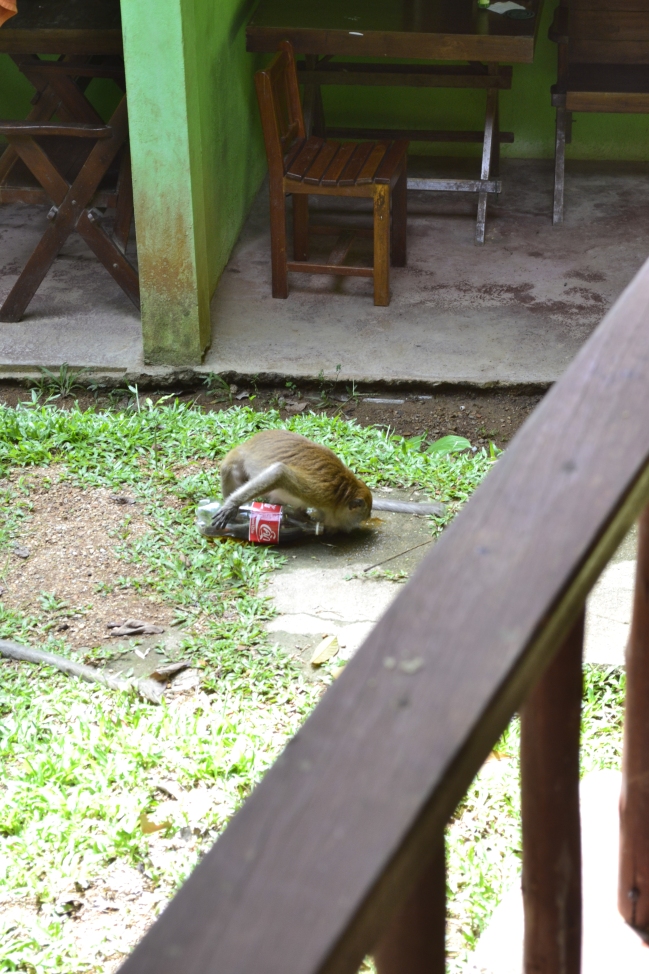 OMG THEY’RE GOING TO TAKE OVER THE WORLD!

On one of the days in Ton Sai we rented a Kayak to explore the neighbouring beaches. We went to investigate Railey, as we intended to move on to there the next day, and also went to Ao Phra Nang beach: the home of Tham Phra Nang, or Princess Cave (‘Phra Nang’ means ‘revered lady’). The story goes that a beautiful Indian Princess was involved in a nearby shipwreck, and her spirit came to reside in this cave. The locals believe that she influenced the fertility of the sea and leave her gifts to encourage large catches … very specific gifts … phalluses. There are loads of them and they’re mostly massive. 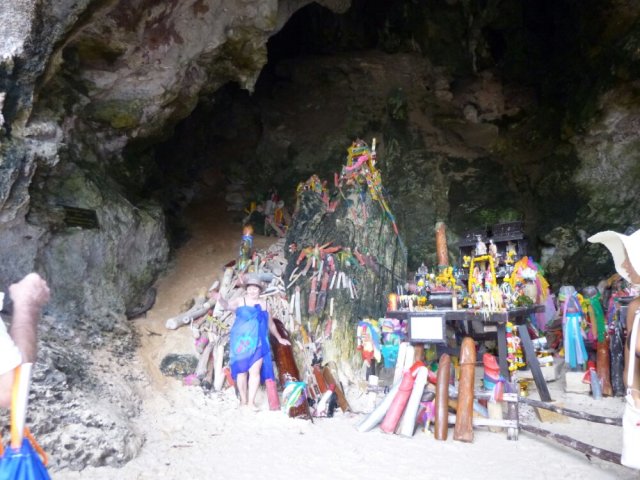 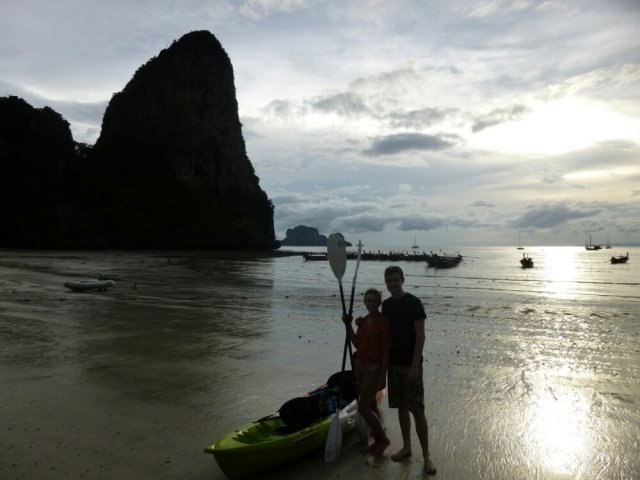 I love to write blogs, articles, LinkedIn profiles, Facebook updates and more. I have extensive marketing agency experience and am taking the next step to nurture a side-hustle in freelance writing.